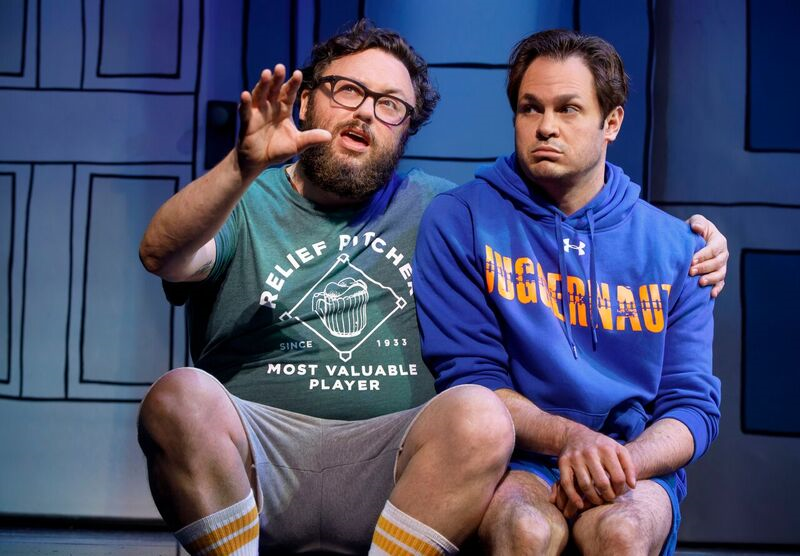 The original Broadway musical comedy is a story about nostalgia and second chances.

The performance rights to Gettin’ the Band Back Together have been acquired by our team and are now available for production.

With a book by Tony Award-winning Broadway producer Ken Davenport and performance group The Grundleshotz, and music and lyrics by Mark Allen, Gettin’ the Band Back Together is a story about friendship, opportunity, and the chance to pursue forgotten childhood dreams. The musical comedy follows a group of men who take a chance at re-living their high school days by reforming a band when they accept the course of their lives might not have gone according to plan.

“Broadway Licensing is dedicated to the development and distribution of original musicals,” said President Sean Cercone, “Ken and Mark have created a universal story that is wickedly funny, touching and 100% original. We are thrilled to share it with theatres around the country.”

David Saint, Artistic Director of George Street Playhouse said “In 16 years as Artistic Director at George Street Playhouse, developing many new plays and musicals, rarely have I ever had such a unanimous popular response! Gettin’ the Band Back Together thrilled all my audiences, from the Rutgers students to my senior matinees. Many audience members returned a second and third time to see the show, bringing friends and calling it “the most fun I’ve had in the theatre in a long time! This is that rare thing – a new musical that is clearly a real crowd pleaser!”

Davenport conceived the show and wrote the book in collaboration with a group of 12 writer-performers who spent four years improvising the script together. The show premiered at George Street Playhouse and played a Broadway run at the Belasco Theatre.