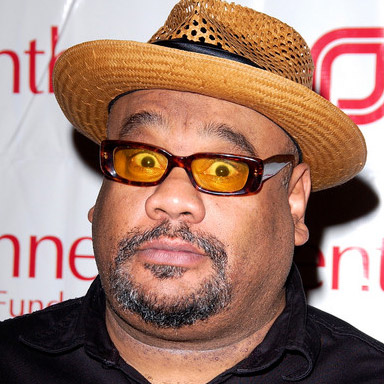 PASSING STRANGE, which Stew starred in and co-wrote with Heidi Rodewald, premiered at Berkeley Rep and the Public Theater (2006/2007) before transferring to Broadway in 2008. The show has been honored with the Drama Critics’ Circle Award for Best Musical and the 2008 Obie Award for Best New American Theater Piece, as well as a Tony Award for Best Book of a Musical. Stew also received Tony nominations for Best Performance by a Leading Actor in a Musical, Best Original Score, and Best Orchestrations. Stew is the critically acclaimed singer, songwriter, founder, and leader of The Negro Problem, a pop-rock combo from Los Angeles whose works include “Post Minstrel Syndrome” (1997), “Joys and Concerns” (1999), and “Welcome Black” (2002). Along with Heidi Rodewald, he cofounded the Afro-Baroque cabaret ensemble known as STEW. Their works include “Guest Host” (2000), “The Naked Dutch Painter” (2002), and “Something Deeper Than These Changes” (2003). He was an artist-in-residence at the California Institute of the Arts (2004-2005), Sundance Theater Lab (2004-2005), Sundance Screenwriter’s Lab (2005), and Sundance Director’s Lab (2005). Stew is also the composer of “Gary Come Home” for the “SpongeBob SquarePants” cartoon.