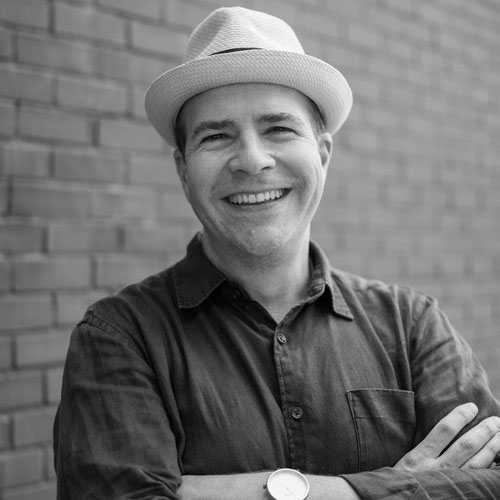 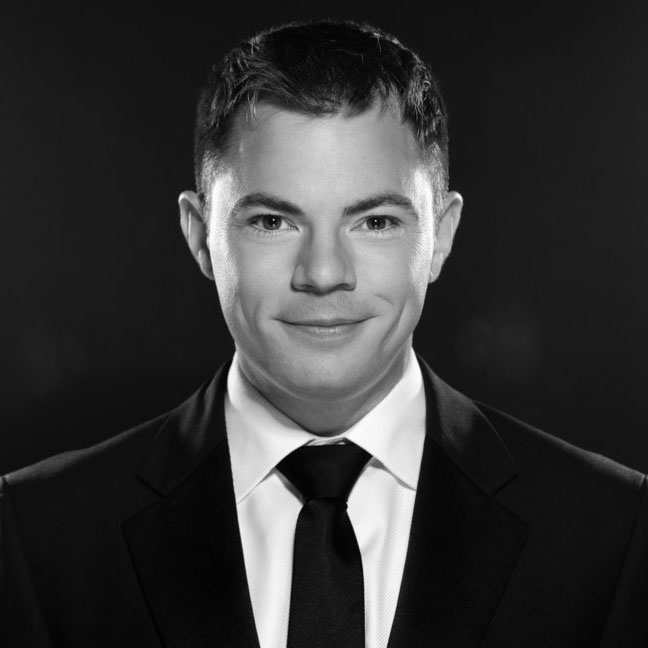 Vocal Arrangements Erick Lichte has been hailed by Washington Post for the “audacity” of his programming and noted by the Chicago Tribune for the “meticulous preparation” of his choirs. Fanfare Magazine declared that he created and helmed... 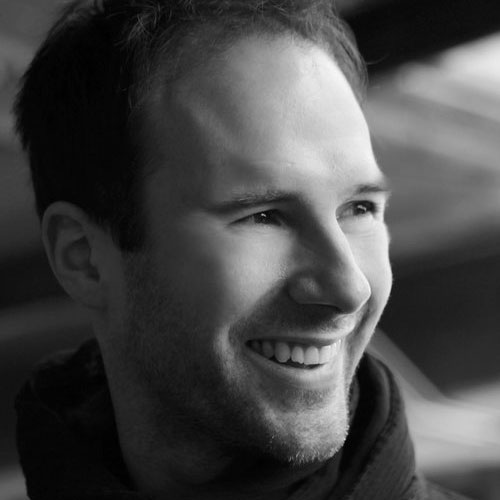 Reviewed as “gorgeous” Washington Post and “stunning” Lawrence Journal-World, the music of Timothy C. Takach is rapidly gaining momentum in the concert world. Applauded for his melodic lines and rich, intriguing harmonies,...

"A beautify musical recounting of a World War I cease-fire of gifts, poetry, and melody."

"Hands down, the most emotionally moving Christmas show I’ve ever seen."


The work could be performed by any number of singers and actors.

All Is Calm Vocal Ranges 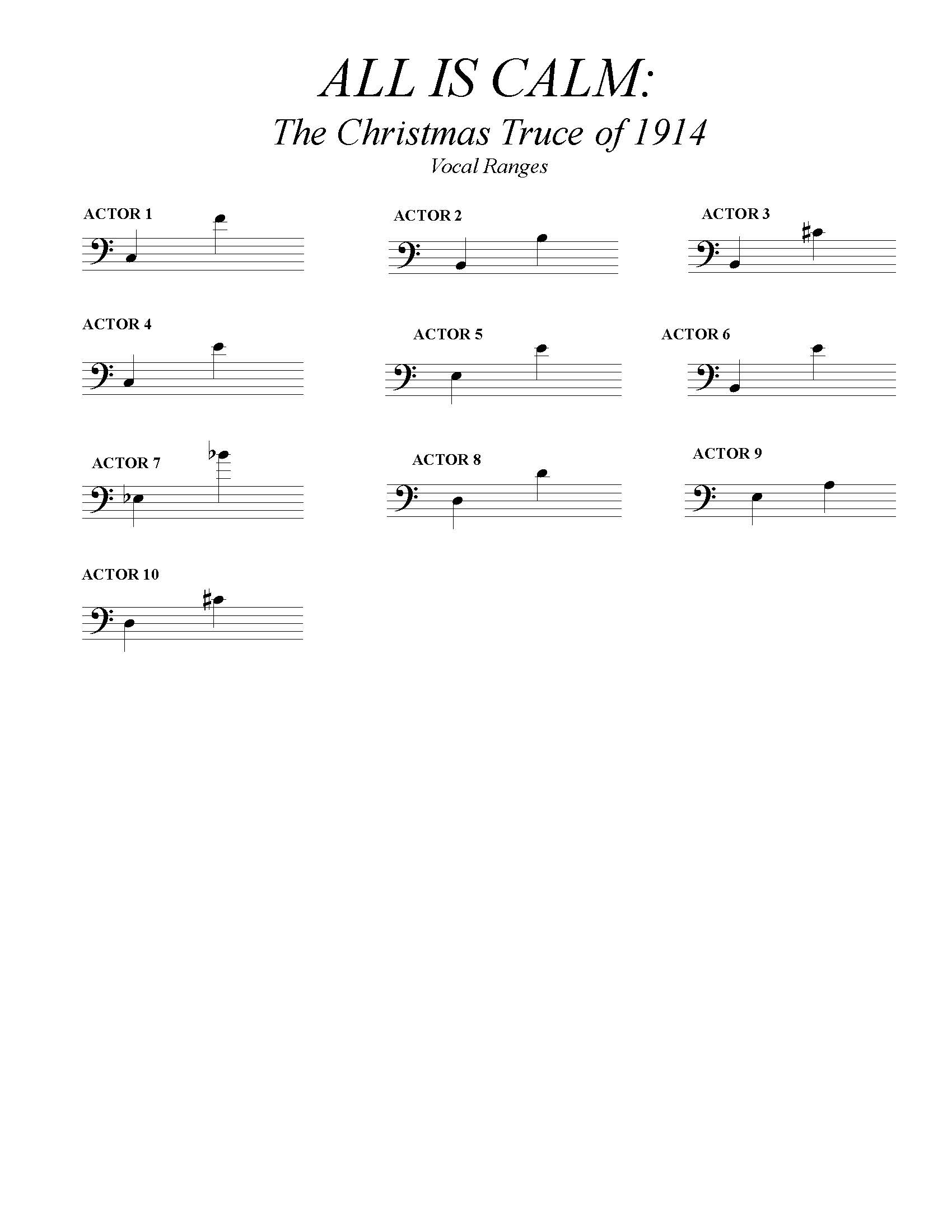 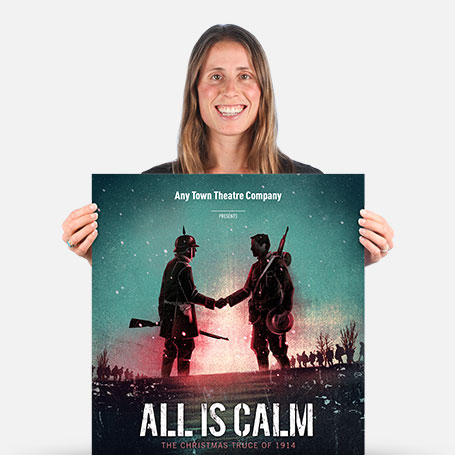 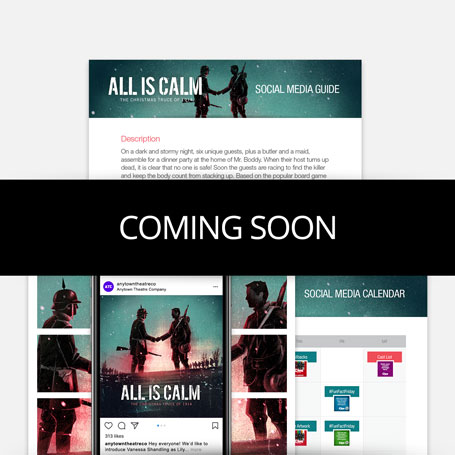 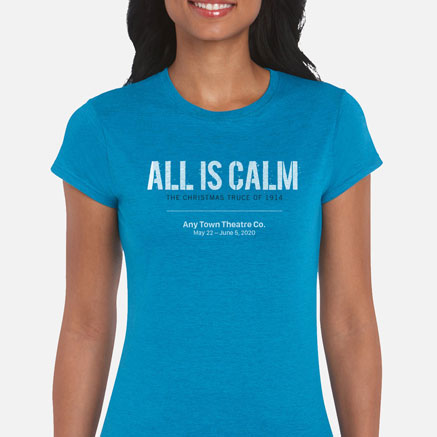 Take your Music Director and chorus with you wherever you go! Broadway Licensing’s VRT provides a MIDI breakdown of each vocal line in the score. Package includes Full Mix, as well as separate folders for Tenor 1, Tenor 2, Baritone and Bass with enhanced volume of the individual part, as well as the rest of the choir in the background for reference. An ideal solution for learning all of your vocal parts quickly and efficiently.