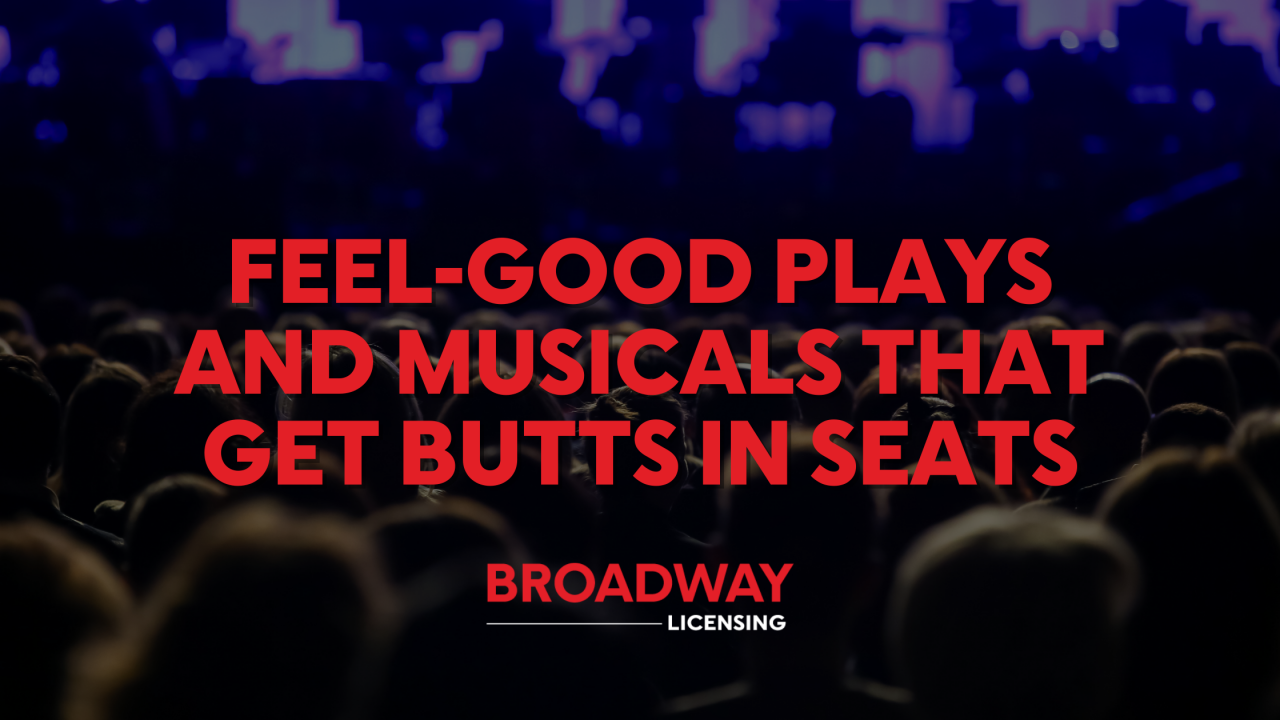 Stuck in a rut? The evening news got you down? Life is tough, but that doesn’t mean your theatre has to be. If you’re looking for popular shows to produce that will fill audiences with hope, consider these ten feel-good shows that get butts in seats: 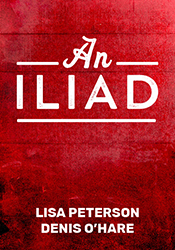 SYNOPSIS: An Iliad is a modern-day retelling of Homer’s classic. Poetry and humor, the ancient tale of the Trojan War and the modern world collide in this captivating theatrical experience. The setting is simple: the empty theater. The time is now: the present moment. The lone figure onstage is a storyteller—possibly Homer, possibly one of the many bards who followed in his footsteps. He is fated to tell this story throughout history. 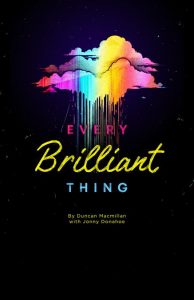 SYNOPSIS: You’re six years old. Mum’s in hospital. Dad says she’s “done something stupid.” She finds it hard to be happy. So you start to make a list of everything that’s brilliant about the world. Everything that’s worth living for. 1. Ice cream. 2. Kung Fu movies. 3. Burning things. 4. Laughing so hard you shoot milk out your nose. 5. Construction cranes. 6. Me. You leave it on her pillow. You know she’s read it because she’s corrected your spelling. Soon, the list will take on a life of its own. A play about depression and the lengths we will go to for those we love. 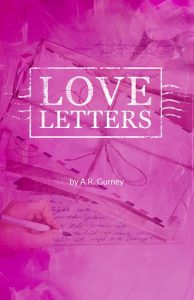 SYNOPSIS: Andrew Makepeace Ladd III and Melissa Gardner, both born to wealth and position, are childhood friends whose lifelong correspondence begins with birthday party thank-you notes and summer camp postcards. Romantically attached, they continue to exchange letters through the boarding school and college years—where Andy goes on to excel at Yale and law school, while Melissa flunks out of a series of “good schools.” While Andy is off at war Melissa marries, but her attachment to Andy remains strong and she continues to keep in touch as he marries, becomes a successful attorney, gets involved in politics and, eventually, is elected to the U.S. Senate. Meanwhile, her marriage in tatters, Melissa dabbles in art and gigolos, drinks more than she should, and becomes estranged from her children. Eventually she and Andy do become involved in a brief affair, but it is really too late for both of them. However Andy’s last letter, written to her mother after Melissa’s untimely death, makes it eloquently clear how much they really meant, and gave to, each other over the years—physically apart, perhaps, but spiritually as close as only true lovers can be. 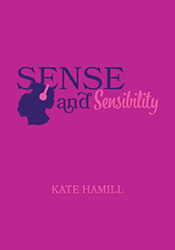 SYNOPSIS: A playful new adaptation of Jane Austen’s beloved novel follows the fortunes (and misfortunes) of the Dashwood sisters—sensible Elinor and hypersensitive Marianne—after their father’s sudden death leaves them financially destitute and socially vulnerable. Set in gossipy late 18th-century England, with a fresh female voice, the play is full of humor, emotional depth, and bold theatricality. Sense and Sensibility examines our reactions, both reasonable and ridiculous, to societal pressures. When reputation is everything, how do you follow your heart? 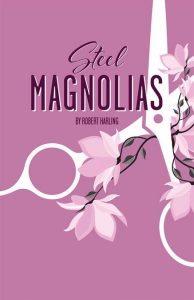 SYNOPSIS: The action is set in Truvy’s beauty salon in Chinquapin, Louisiana, where all the ladies who are “anybody” come to have their hair done. Helped by her eager new assistant, Annelle (who is not sure whether or not she is still married), the outspoken, wise-cracking Truvy dispenses shampoos and free advice to the town’s rich curmudgeon, Ouiser, (“I’m not crazy, I’ve just been in a bad mood for forty years”); an eccentric millionaire, Miss Clairee, who has a raging sweet tooth; and the local social leader, M’Lynn, whose daughter, Shelby (the prettiest girl in town), is about to marry a “good ole boy.” Filled with hilarious repartee and not a few acerbic but humorously revealing verbal collisions, the play moves toward tragedy when, in the second act, the spunky Shelby (who is a diabetic) risks pregnancy and forfeits her life. The sudden realization of their mortality affects the others, but also draws on the underlying strength—and love—which give the play, and its characters, the special quality to make them truly touching, funny and marvelously amiable company in good times and bad. 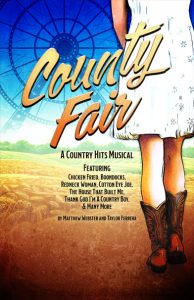 SYNOPSIS: After the death of their father, two sisters, Claudia and DJ Stratford, return home to deal with their inheritance: a massive and beloved county fair in rural Georgia. Thinking that this could be the cash windfall that they desperately seek, the sisters plan to sell off the fair land to the highest bidder, then high tail it back to civilization. But when Claudia starts to fall in love with the fair, the townsfolk, and an over-apologetic board member, her heart leads her away from her sister and down a path she’s unprepared for. Needing the money to pay off a large, secret gambling debt, DJ must do whatever it takes to sell the fair – even if that means sabotaging her sister’s new romantic relationship. Betrayals, imposters, and mistaken identity lead to sister battling sister in a winner-take-all Messina County Dixie Derby competition to save the fair. Inspired by Shakespeare’s Much Ado About Nothing and full of all your favorite country hits like “Chicken Fried,” “Hey Good Lookin’,” “The House That Built Me,” “Thank God I’m a Country Boy” and so many others, County Fair is a new musical comedy about sisters, community, and being proud of where you come from. 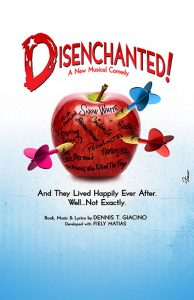 SYNOPSIS: Not Snow White and her posse of disenchanted princesses in the hilarious hit musical that’s anything but Grimm. The original storybook heroines are none-too-happy with the way they’ve been portrayed in today’s pop culture so they’ve tossed their tiaras and have come to life to set the record straight. Forget the princesses you think you know – these royal renegades are here to comically belt out the truth. ‘Outstanding Off-Broadway Musical’ nomination (Outer Critics Circle Awards) and ‘Best New Off-Broadway Musical” nomination (Off Broadway Alliance). Contains adult language and content. High School Edition available. 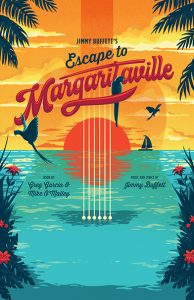 SYNOPSIS: Escape to Margaritaville is a musical comedy featuring the most-loved Jimmy Buffett classics, including “Cheeseburger in Paradise”, “Margaritaville,” “It’s Five O’Clock Somewhere,” “Fins,” “Volcano,” and many more. With a book by Emmy Award winner Greg Garcia (“My Name is Earl,” “Raising Hope”) and Emmy nominee Mike O’Malley (“Survivor’s Remorse,” “Shameless”), this hilarious, heartwarming musical is the party you’ve been waiting for! 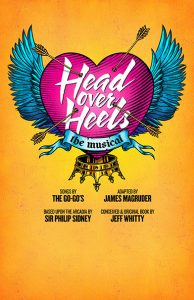 SYNOPSIS: Head Over Heels is the bold new musical comedy from the visionaries that rocked Broadway with Hedwig and the Angry Inch, Avenue Q and Spring Awakening. This laugh-out-loud love story is set to the music of the iconic 1980’s all-female rock band The Go-Go’s, including the hit songs, “We Got the Beat,” “Our Lips Are Sealed,” “Vacation,” Belinda Carlisle’s “Heaven is a Place on Earth” and “Mad About You.”

A hilarious, exuberant celebration of love, Head Over Heels follows the escapades of a royal family on an outrageous journey to save their beloved kingdom from extinction—only to discover the key to their realm’s survival lies within each of their own hearts. 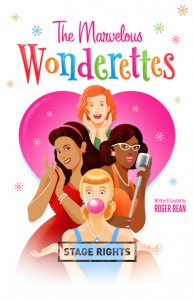 SYNOPSIS: This smash Off-Broadway hit takes you to the 1958 Springfield High School prom, where we meet Betty Jean, Cindy Lou, Missy, and Suzy: four girls with hopes and dreams as big as their crinoline skirts! As we learn about their lives and loves, the girls serenade us with classic ‘50s hits including “Lollipop,” “Dream Lover,” “Stupid Cupid,” and “Lipstick on Your Collar.” In Act II, the Wonderettes reunite to take the stage and perform at their ten-year reunion. We learn about the highs and lows the girls have experienced in the past decade and are charmed to find that no matter what life throws their way, they will conquer it together. Featuring over 30 classic ’50s and ’60s hits, The Marvelous Wonderettes will keep you smiling in this must-take musical trip down memory lane!

Whether it’s a play or a musical, one of literature’s greatest, or a stroll down memory lane at Springfield High, there is always something to brighten the mood. Contact us for more!