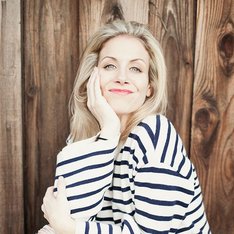 Molly Bell is an award-winning playwright and performer based in the San Francisco Bay Area. She is the creator of Real Housewives: The Musical, developed with producer and mentor Roger Bean, and co-creator of Becoming Britney which garnered an award for “best original script” at the Bay Area Theatre Critics Circle and for which she won best actor of the festival at The New York International Fringe Festival. Molly enjoys life as a performer and creator of things that give life back into the community. missmollybell.com