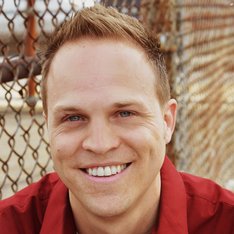 Mark McDaniels (Music, Lyrics & Book) – A resident of NYC since 1994, Mr. McDaniels is a graduate of the American Musical and Dramatic Academy and the New School University with a BFA in Musical Theatre. He began his career in NYC performing both locally and internationally before branching out into other areas of the entertainment industry where he has worked as a composer, writer, voiceover artist, producer, and Off-Broadway theatre manager. He and his partner Donald Garverick are the co-authors of the award-winning original musical comedy Show Choir! –The Musical (FringeNYC, NYMF, Edinburgh Fringe, A.C.T. San Francisco) and Casual Bob ([email protected] with NYU). Their song “Stage Fright” was recognized at the 2011 York Theater N.E.O. concert, celebrating New, Emerging, and Outstanding musical theatre writers in NYC. Mr. McDaniels was also the host and co-producer of The Cabaret Showdown, a monthly musical improvisation game show that ran for eight years in NYC. Mark is a proud member of BMI. For more information visit: www.MarkMcDaniels.com