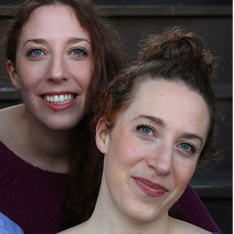 Jaclyn Enchin (pictured left) is a playwright, lyricist, choreographer and aspiring screenwriter from Toronto, Canada. Most recently, her play Bread was produced in Washington D.C. by Spooky Action Theater as part of their New Works in Action Series as well as a staged reading at the Page to Stage Festival at the Kennedy Center. She also wrote the book and additional lyrics for The Beaver Den (The LOT, Korda Theatre, Winnipeg Fringe Festival), a musical comedy which placed in Toronto Fringe’s Top Ten Best New Play Contest and won an honorary Jenny Award. Jaclyn is currently working in her spare time as a script reader for You Go Far Productions.