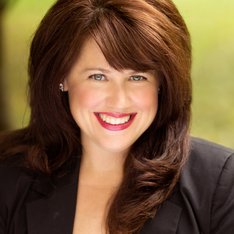 GRITS: The Musical (Girls Raised in the South)

Erica has performed throughout the Southeast as Patsy Cline in A Closer Walk with Patsy Cline, Smokey Joe’s Café, and her famed review Decade Diva.  Erica has worked with Carolina Voices, Actor’s Theatre of Charlotte, Charlotte Rep, Charlotte Children’s Theater, and the Blumenthal Performing Arts Educational Institute. Over the years she has appeared at such venues as Western Carolina University, Halifax University, The Cole Center at Richmond Community College, Lees McRae University, The Tennessee Theatre, and the Pinehurst Resort.  She has appeared with GRITS: The Musical in NC, SC, GA, FL, AL, and TN. Erica is also a professional film, commercial, and voice-over actress with appearances in spots for the NC Lottery, Harris Teeter, Food City, Lowes, and the Bristol Motor Speedway. Most recently she was featured in the film, Miracles from Heaven.

Erica has written music for many years, but is thrilled to present her works based on Deborah Ford’s book, GRITS: Friends Are Forevah. The GRITS musicals are special to her as they are very personal projects in which she shares her songs, written word, and family photos with the audience to best capture the essence of the South as seen through her eyes. Her latest offering is a children’s musical called Cindabella: A Southern Fried Fairy Tale and she is currently in workshops for her new show DeWitched.  Erica loves presenting the south in positive, uplifting productions.

GRITS: The Musical (Girls Raised in the South)