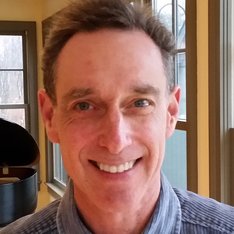 Eric H. Weinberger (1950-2017) combined his passion for musicals and dogs in A Dog Story. His previous musicals were Wanda’s World, which was nominated for Lucille Lortel and Drama Desk Awards, and …And Then I Wrote A Song About It, which had productions in New Jersey and California and was presented at Below 54 in New York City in May 2016. Eric also wrote a number of plays. His Class Mothers ’68, starring Tony-winner Priscilla Lopez, was produced in New Jersey and Off–Broadway. Tea For Three: Lady Bird, Pat & Betty, which he wrote with Elaine Bromka, who also stars in the show, has been touring the country since 2004 and is published by Dramatic Publishing.