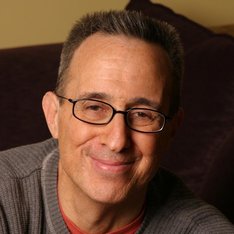 In addition to Desperate Measures (2018 Drama Desk Best Music Award), David Friedman has written four other musicals with Peter Kellogg: Nicolette & Aucassin, Nellie Bly, Money Talks, and Lincoln in Love; King Island Christmas (with Deborah Brevoort – 50+ productions worldwide); Koga(with Philip Kholos) a web series for children about using martial arts and kindness to solve everyday problems, and is currently collaborating with Elizabeth Dewberry on a musical about Temple Grandin. David has written songs for everyone from Disney to Diana Ross, produced all the late/great Nancy LaMott’s CDs and wrote many of her best-known songs, conducted and vocal arranged six musicals on Broadway and numerous Disney Animated Films (Beauty & The Beast, Aladdin, Pocahontas, The Hunchback of Notre Dame) wrote songs for The Lizzie McGuire Movie, Aladdin and the King of Thieves, Bambi II, and Trick, scored three television series, performed his revue Listen To My Heart – The Songs of David Friedman Off-Broadway, all over America, and abroad, and co-wrote 100 songs (with Kathie Lee Gifford) for the Today Show’s Everyone Has a Story Segment. David is a best-selling metaphysics author with five books including The Thought Exchange, and We Can Be Kind – Healing Our World One Kindness at a Time, based on his song of the same name. For more information, go to www.MIDDERMusic.com.