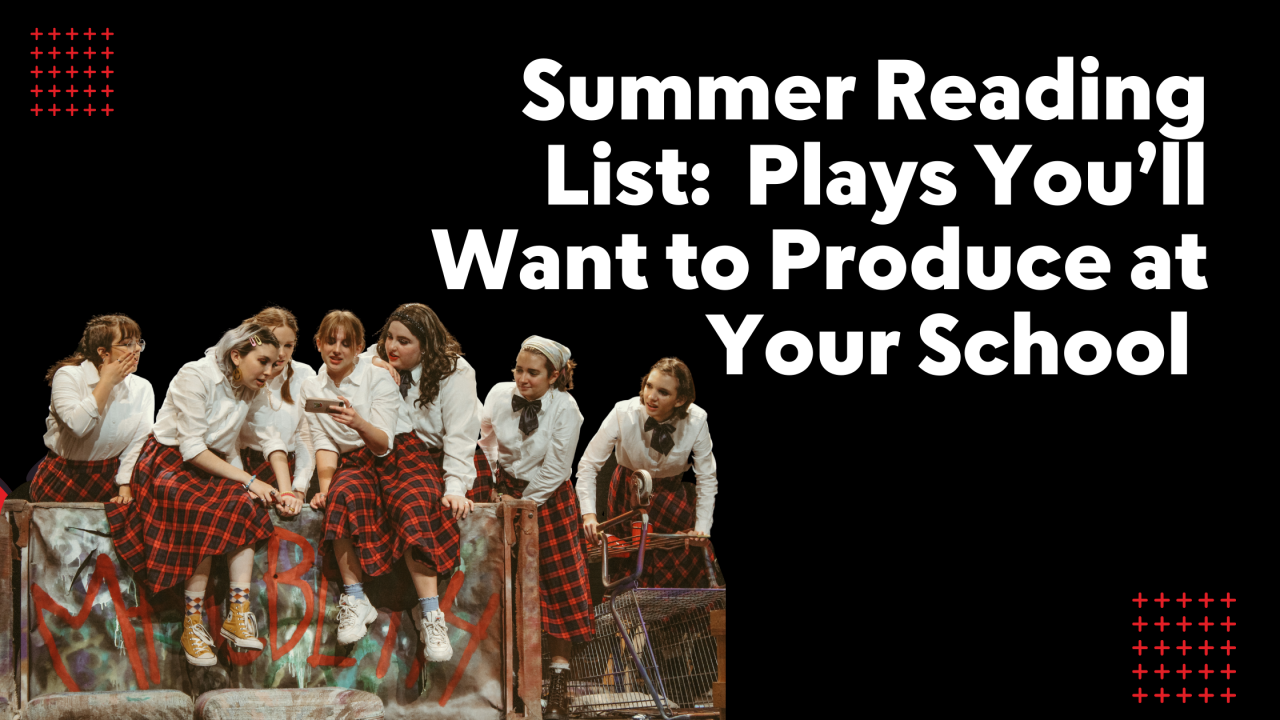 School’s out! Every theatre director needs some good vacation time. Are you spending your summer reading new scripts to get excited for the next school year? Relax by the poolside with these entertaining scripts that could inspire your next great production! 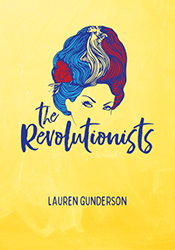 Four beautiful, badass women lose their heads in this irreverent, girl-powered comedy set during the French Revolution’s Reign of Terror. Playwright Olympe de Gouges, assassin Charlotte Corday, former queen (and fan of ribbons) Marie Antoinette, and Haitian rebel Marianne Angelle hang out, murder Marat, and try to beat back the extremist insanity in 1793 Paris. This grand and dream-tweaked comedy is about violence and legacy, art and activism, feminism and terrorism, compatriots and chosen sisters, and how we actually go about changing the world. It’s a true story. Or total fiction. Or a play about a play. Or a raucous resurrection…that ends in a song and a scaffold.

Fun to read, fun to watch, fun to perform! These killer (pun intended) women are bringing the revolution to France and to your stage. This script is perfect who readers who love Six and want more. 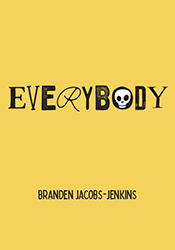 This modern riff on the fifteenth-century morality play Everyman follows Everybody (chosen from amongst the cast by lottery at each performance) as they journey through life’s greatest mystery—the meaning of living.

Branden Jacobs-Jenkins brings Everyman into the 21st century in this powerful, thrilling adaptation. Forget what you read in your Theatre History class—Everybody will stick with you long after curtain call. 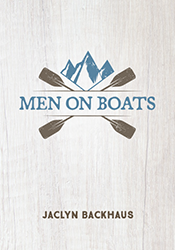 Ten explorers. Four boats. One Grand Canyon. Men on Boats is the true(ish) history of an 1869 expedition when a one-armed captain and a crew of insane yet loyal volunteers set out to chart the course of the Colorado River.

Don’t be misled by the title—this cast is made up of non-male-identifying people to portray a humorous satire of white male colonizers. Friendship, patriotism, and the Grand Canyon set the scene for a rocky voyage unlike any other. 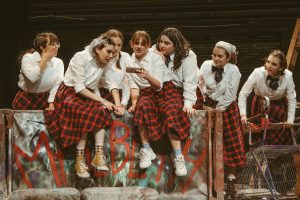 Adapted by Erica Schmidt from Macbeth by William Shakespeare

After school, seven teenage girls convene in an abandoned lot to perform a play. They drop their backpacks, transform their uniforms, and dive into a DIY retelling of Macbeth. As the girls conjure kings, warriors, and witches, Shakespeare’s bloody tale seeps into their reality. Mac Beth recontextualizes a classic text to expose the ferocity of adolescence and the intoxicating power of collective fantasy.

Mac Beth is a retelling that echoes the horrors of being a teen girl into the classic text we all know and love. One of Shakespeare’s most hypnotic plays finds new life in an unexpected way. 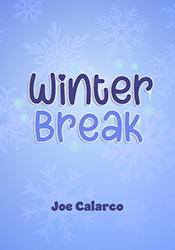 On the first night of Winter Break, nineteen teenagers, some who know each other, some who don’t, wrestle with friendships, breakups, loss, graduating, and finding their place in the world. Alternately hilarious and touching, Winter Break was slated for the 2020 Educational Theatre Association commission.

These heartwarming vignettes about growing up give nineteen actors opportunities to tell their stories. Bonus: every part can be cast with any gender identity. Don’t miss out on Winter Break’s companion piece, Spring Break. 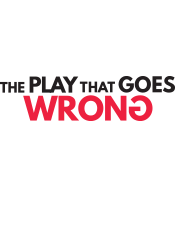 With the newly released one-act and high school editions, you’ll want to get your hands on this as soon as possible! While a play going wrong is every director’s worst nightmare, this expertly crafted comedy is a perfect trainwreck. Unexpected hilarity awaits on every page! You’ll be laughing so hard you’ll need to take breaks between pages! 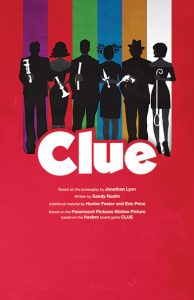 Based on the screenplay by Jonathan Lynn, Written by Sandy Rustin, Additional material by Hunter Foster and Eric Price, Based on the Paramount Pictures Motion Picture based on the Hasbro board game CLUE

Based on the iconic 1985 Paramount movie which was inspired by the classic Hasbro board game, Clue is a hilarious farce-meets-murder mystery. The tale begins at a remote mansion, where six mysterious guests assemble for an unusual dinner party where murder and blackmail are on the menu. When their host turns up dead, they all become suspects. Led by Wadsworth – the butler, Miss Scarlett, Professor Plum, Mrs. White, Mr. Green, Mrs. Peacock and Colonel Mustard race to find the killer as the body count stacks up. Clue is the comedy whodunit that will leave both cult-fans and newcomers in stitches as they try to figure out…WHO did it, WHERE, and with WHAT!  Some restrictions may apply.

You haven’t yet? As the most-produced high school play for the past three years, CLUE is a fan favorite, and for good reason! Laugh along with the story you know and love and revel in the farce of it all. 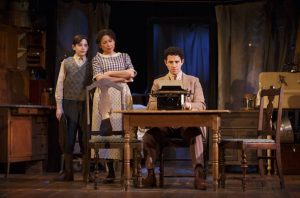 James Lapine, from the autobiography by Moss Hart

Growing up in an impoverished family in the Bronx, Moss Hart dreamed of being part of the glamorous world of the theatre. Forced to drop out of school at age thirteen, Hart’s famous memoir Act One is a classic Horatio Alger story that plots Hart’s unlikely collaboration with the legendary playwright George S. Kaufman. Tony Award-winning writer and director James Lapine has adapted Act One for the stage, creating a funny, heartbreaking, and suspenseful play that celebrates the making of a playwright and his play Once in a Lifetime. Act One offers great fun to a director to utilize over fifty roles, which can be played by a cast as few as twelve, and in a production that can be done as simply or elaborately as desired.

As one of the most iconic figures in American Theatre, Moss Hart’s story deserves to be told. If you love theatre about theatre, you’ve found the perfect play! 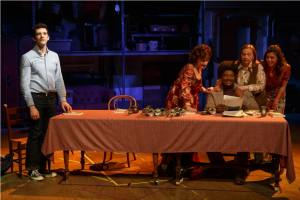 It’s May 1973 when a young man wanders into a dilapidated community theater in Reading, PA. The company members welcome him—well, only because they need a set painter that day. The young man then proceeds to soak up all the idealism and the craziness that comes with being part of a struggling theater company with big dreams. When a playwright looks back at his beginnings in the theater and decides to chronicle those experiences in a play, all sorts of things can happen. If you’re Douglas Carter Beane, who grew out of his Reading, PA, community theater days to become one of the stage’s master writers, it’s bound to bring a measure of gimlet-eyed reflection, a large dollop of self-deprecation, and a heaping dose of hilarity.

Another one for you “theatre about theatre” lovers, Douglas Carter Beane’s hilarious comedy is based on his experiences working at a community theatre when he was younger. If you’ve ever been involved in community theatre or want to get a backstage look, this script is for you. 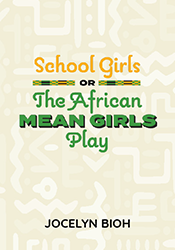 Paulina, the reigning queen bee at Ghana’s most exclusive boarding school, has her sights set on the Miss Global Universe pageant. But the arrival of Ericka, a new student with undeniable talent and beauty, captures the attention of the pageant recruiter—and Paulina’s hive-minded friends. This buoyant and biting comedy explores the universal similarities (and glaring differences) facing teenage girls across the globe.

No matter the time or place, a clique of teenage girls is probably having the same conversations around a lunch table somewhere. Jocelyn Bioh perfectly captures these dynamics with humor and heart, with realistic portrayals of colorism and societal rifts in Ghana.