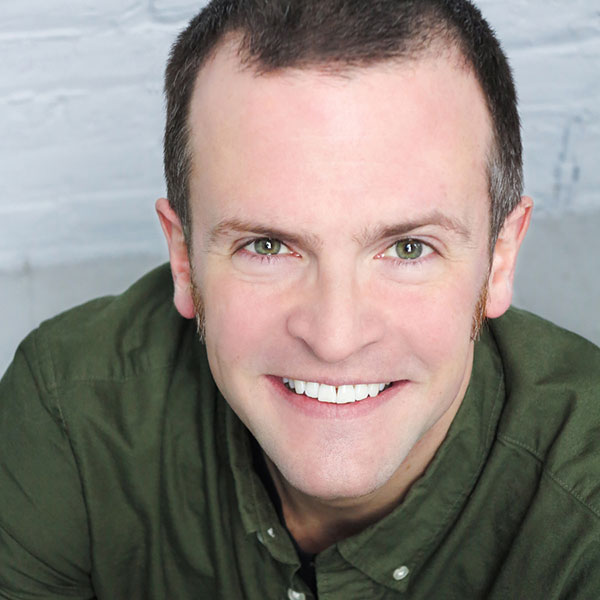 Book and Lyrics Robert Kauzlaric is a Chicago-based playwright, actor, and director. He has written more than a dozen theatrical adaptations which have been performed in nearly forty U.S. states, as well as in England, Ireland, and Canada. His... 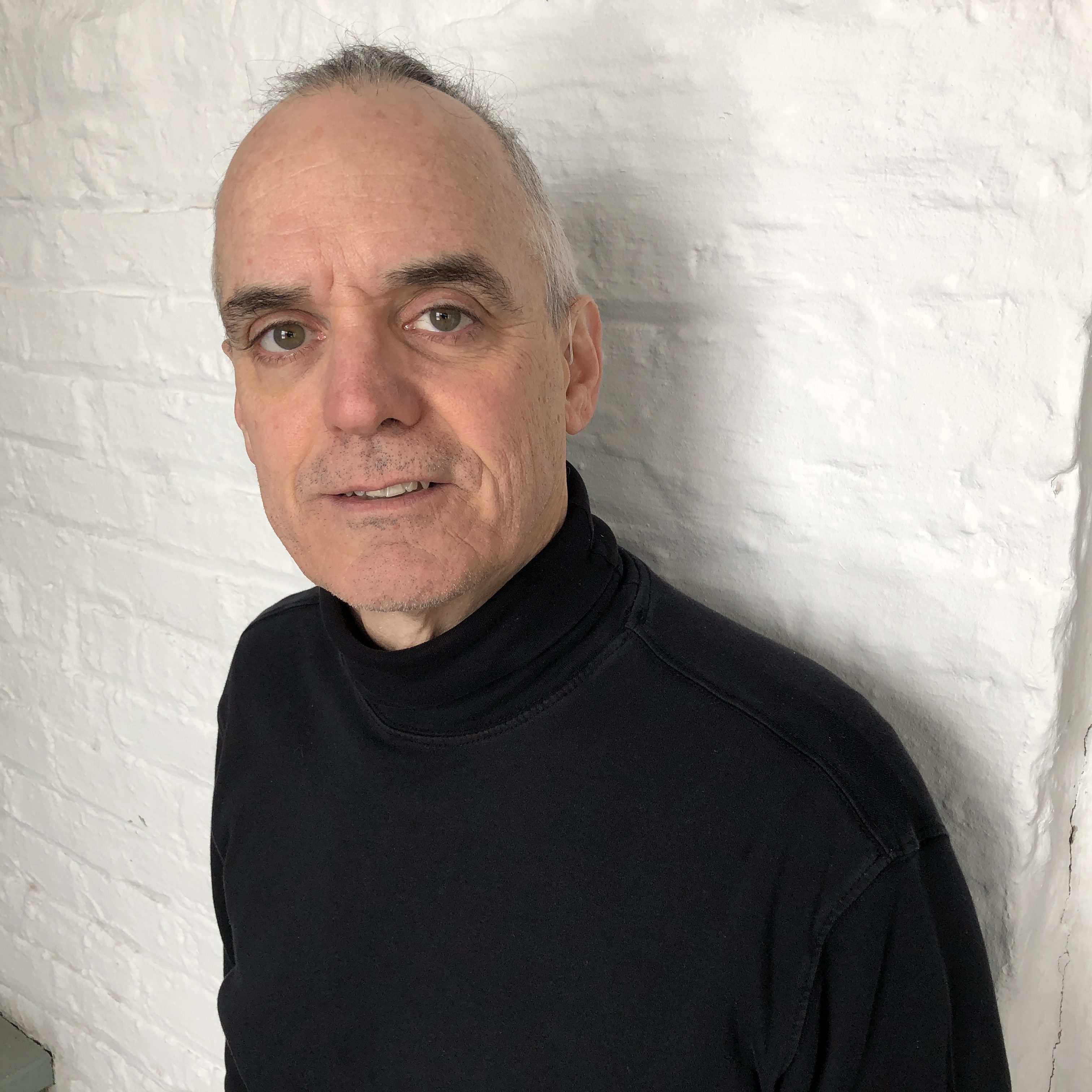 Music A bandmate to co-composer Paul Gilvary, and a student of the mystic arts, William Rush channels musical guides through the ether. A self-described “rhythmic sculptor,” his musical training started with the gift of an AM... 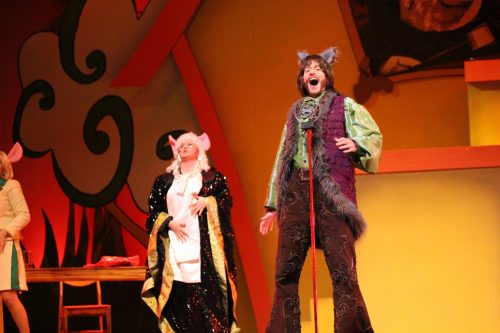 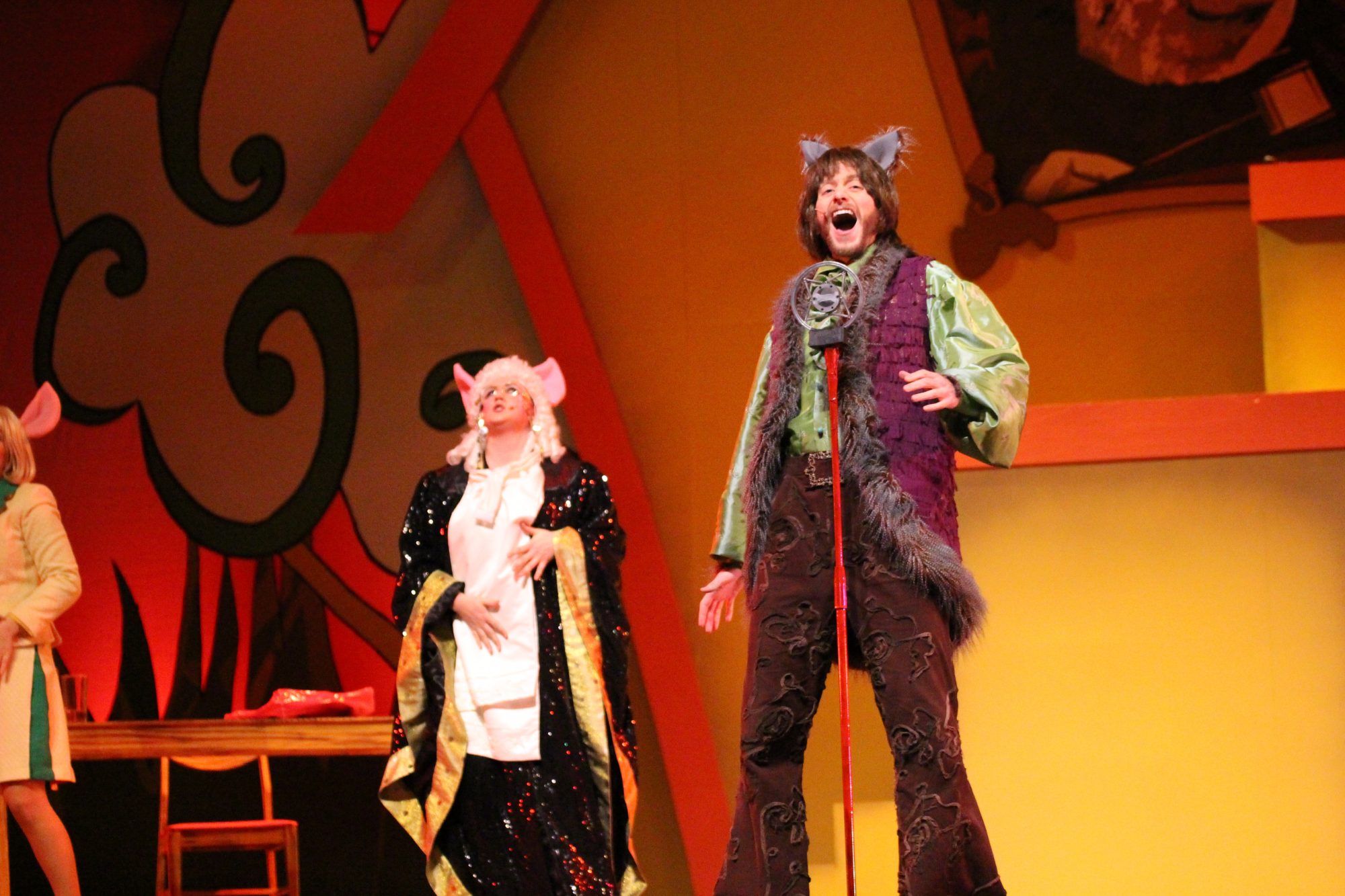 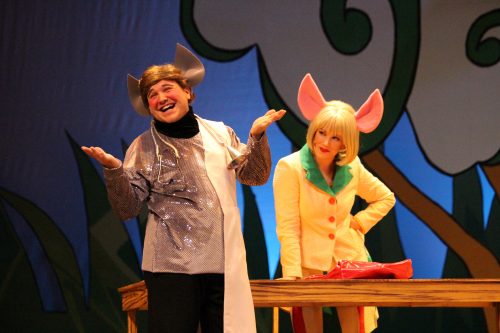 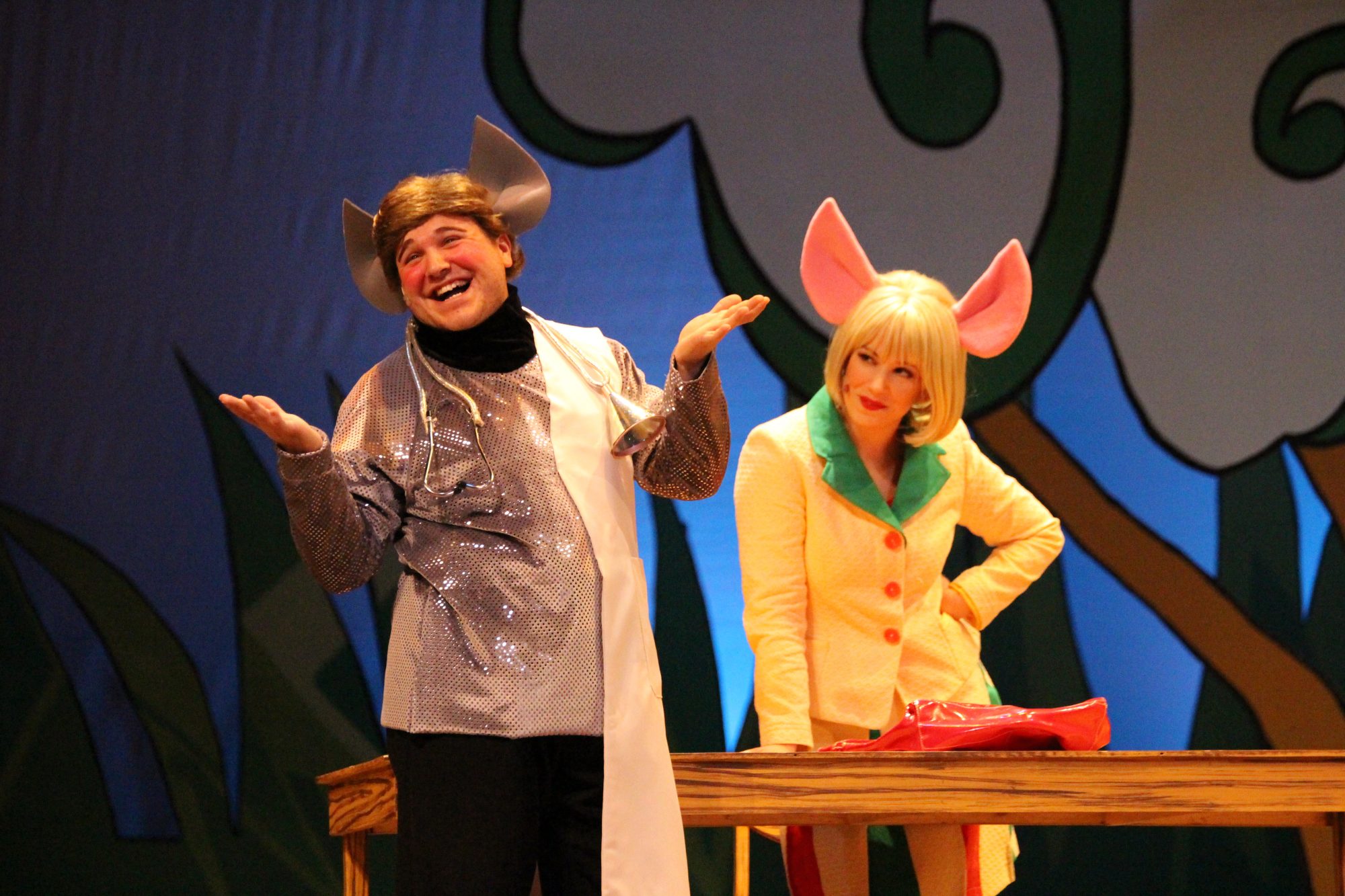 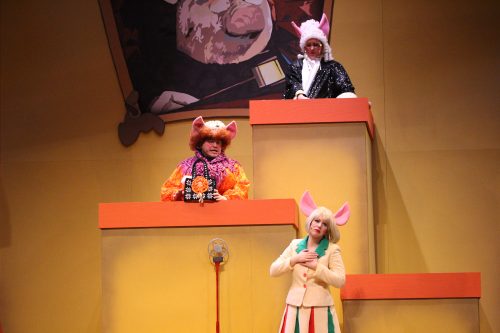 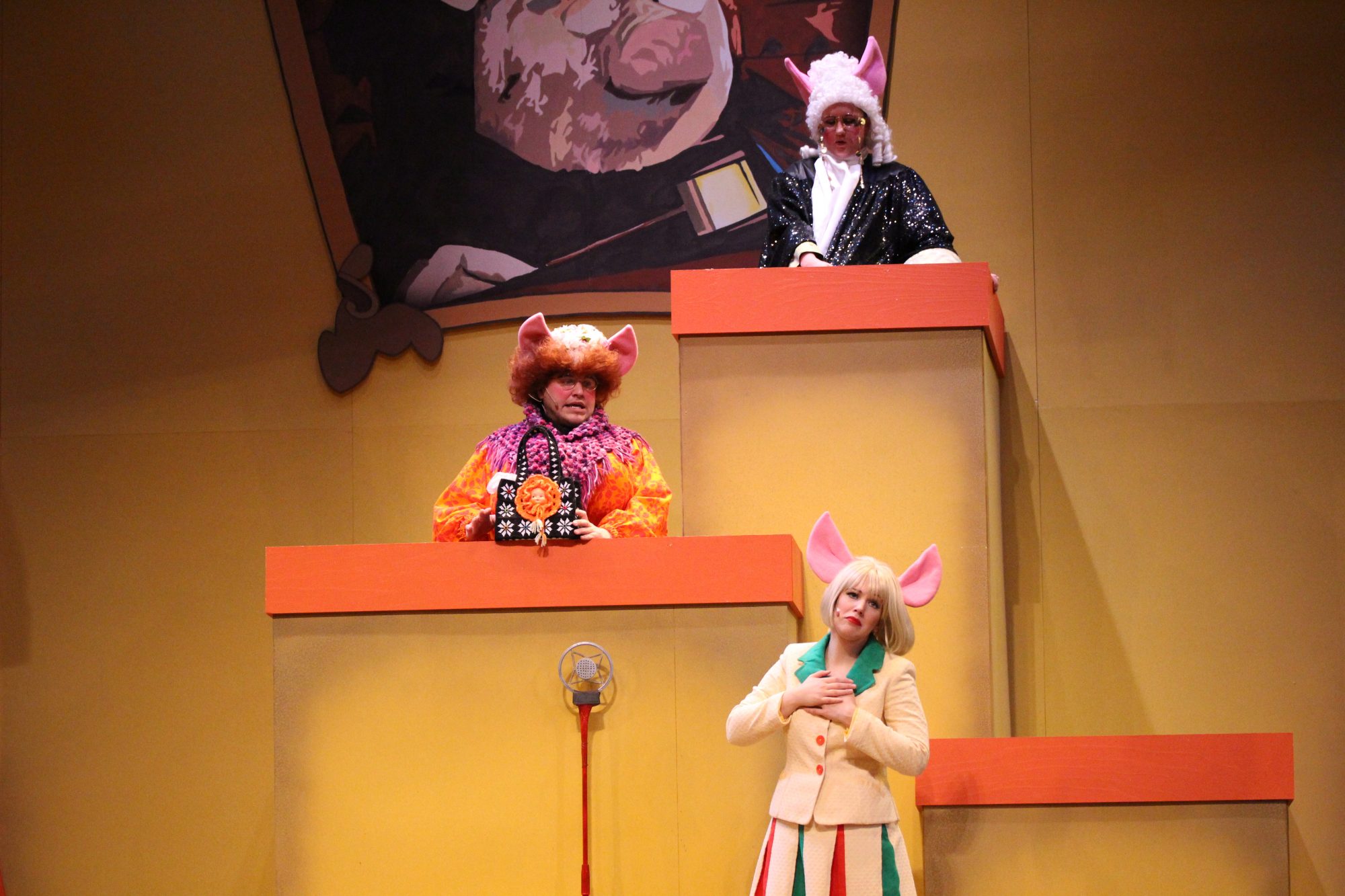 "One of the best children's shows of the year."

"Absolutely delightful...Full of energy and motion."

Alexander T. Wolf
Male
A soulful wolf with a rumpled suit and a toothy grin. Beneath the gruff image is a love for gourmet cooking and the fine arts.

Lillian Magill
Female
A fast-talking, inquisitive reporter pig. A tough sow in a hog's world, seeker of truth and justice, and the audience's best friend in their hunt for the full story.

Prudence, Pig #1
Female
A thoroughly biased, hard-as-nails, utterly corrupt cog in the wheel of what-passes-for-justice in Piggsylvania. Her chief weakness is a love for musical theatre.

Julia, Pig #2
Female
A dramatic, over-the-top firebrand of a lawyer pig; prone to speechifying. She will do anything to win a case, no matter how low or manipulative.

The True Story of the 3 Little Pigs! Vocal Ranges 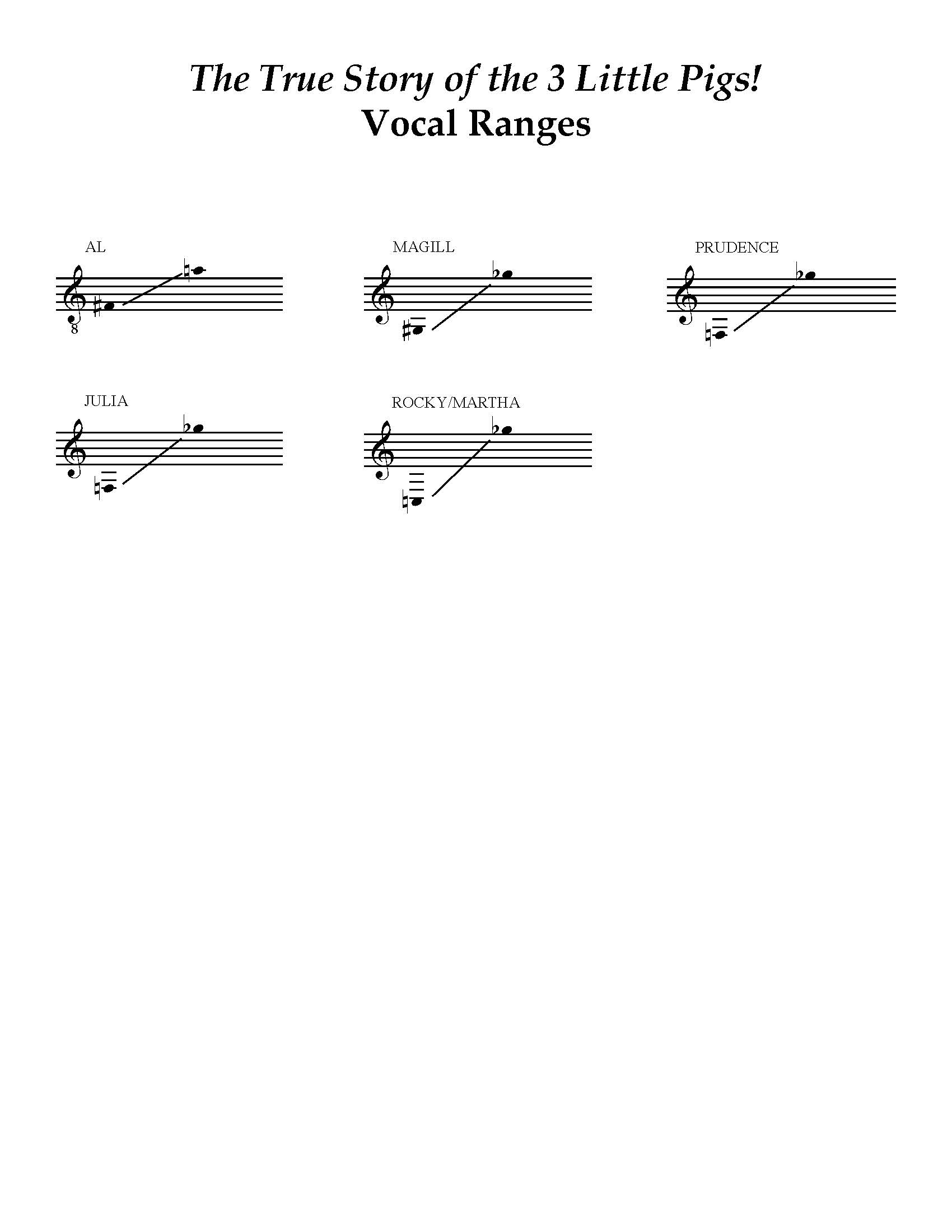 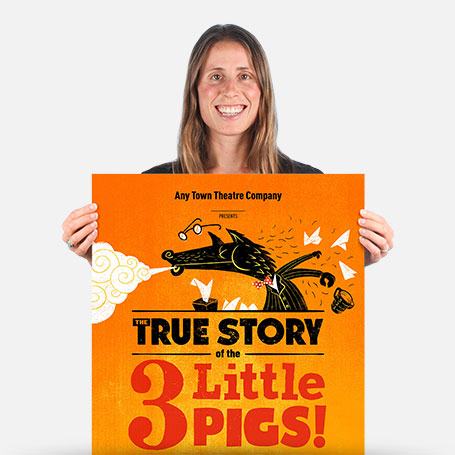 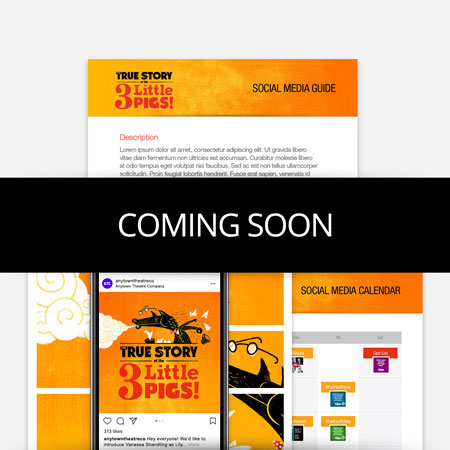 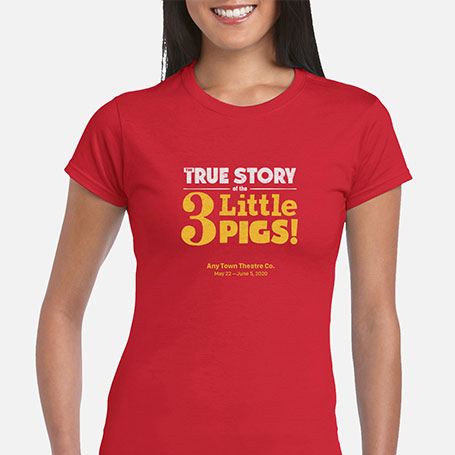 The True Story of the 3 Little Pigs! was originally produced by Lifeline Theatre, Chicago, Illinois, and premiered there in 2007.