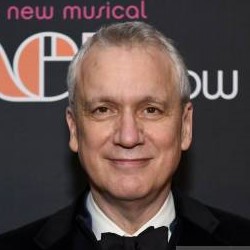 Rick Elice co-wrote Jersey Boys with Marshall Brickman. From 1982-1999, as creative director at Serino Coyne Inc., he produced ad campaigns for some 300 Broadway shows. From 1999-2009, he served as creative consultant for the Walt Disney Studios. MFA, Yale Drama School; Teaching Fellow, Harvard University; charter member, American Repertory Theatre. Rick saw his first Broadway show when he was three. His mother said he was very well behaved. From that day, he dreamed of working in the theatre. And since the age of 19 he has, inspired by many artists whose names will be spoken as long as people gather in the darkness.