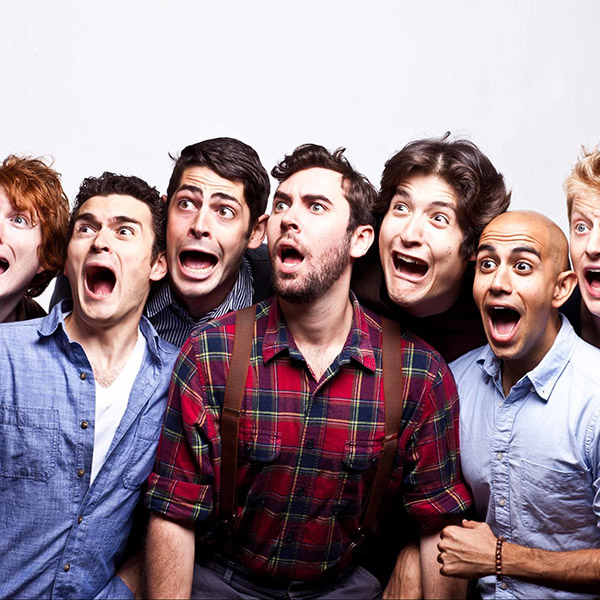 The Old Man and the Old Moon

PigPen Theatre Co. began creating their unique brand of theatre, music, and film as freshmen at the Carnegie Mellon School of Drama in 2007. They have since produced their original plays in New York City and toured the country – earning them critic’s picks from The New York Times, Time Out New York, Chicago Tribune, Chicago Sun-Times, Boston Globe, and many more, ranking them in the top ten theatrical events of 2011, 2012, 2013, and 2016. They were the first group to win the NYC Fringe Festival’s top honor two years in a row (2010/11) and have gone on to win IRNE (2012, 2015) and Jeff Awards (2014) for their theatrical productions. In 2016, Sir Trevor Nunn invited PigPen to be a part of his first American acting company for a production of Shakespeare’s “Pericles”.

PigPen’s debut album, “Bremen”, was named #10 album of the year in The Huffington Post’s 2012 Grammy preview sending PigPen on tour playing to sold-out crowds across the country. American Songwriter premiered their follow-up EP, “The Way I’m Running”, in 2013 while the band was playing a series of concerts that became one of the most popular residencies of the past decade at the legendary Schuba’s Tavern in Chicago. In 2015, PigPen released their sophomore album, “Whole Sun”, performed at Mumford & Sons’ return to the Gentlemen of the Road Festival, and made their feature film debut in Jonathan Demme’s “Ricki and the Flash” starring Meryl Streep.

In 2018, PigPen announced two new theatrical ventures. The first will be an adaptation of “The Tale of Despereaux” by Kate DiCamillo into a stage musical in partnership with Universal Theatrical. The second will be an adaptation of “Water For Elephants” by Sara Gruen into a stage musical alongside Rick Elice in partnership with Peter Schneider and Broadway Across America.

The Old Man and the Old Moon