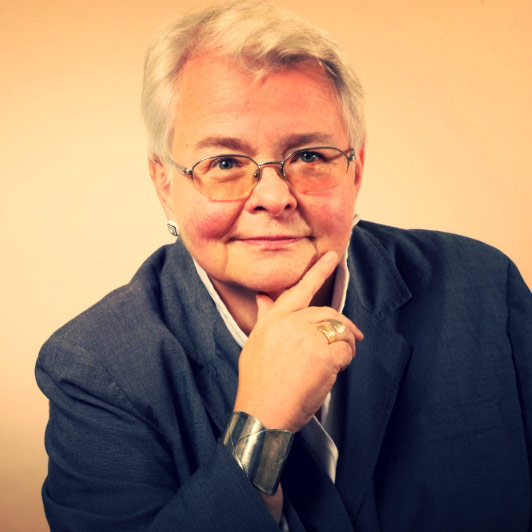 Paula was playwright in residence at The Signature Theatre (2004-05 season), and Theatre Communications Group publishes six volumes of her work. Paula continues her playwriting intensives with community organizations, students, theater companies, subscribers and writers across the globe. She is the 2019 inaugural UCLA School of Theater, Film and Television Hearst Theater Lab Initiative Distinguished Playwright-in-Residence and has recently taught at Sewanee, Shanghai Theatre Academy and Nanjing University, University of Texas at Austin, and the Playwrights Center in Minneapolis. From 1984 to 2008, Paula Vogel founded and ran the playwriting program at Brown University; during that time she started a theatre workshop for women in Maximum Security at the Adults Correction Institute in Cranston, Rhode Island. It continues to this day, sponsored by the Pembroke Center for Women at Brown University. From 2008-2012, she was the O’Neill Chair at Yale School of Drama.