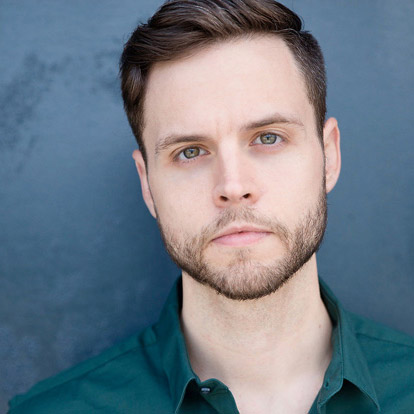 Matt Webster is a New York City based actor and writer. Matt performed on Broadway at the Hudson Theatre in DGF Toasts: Stephen Schwartz. In addition to singing in the show, Matt contributed the vocal arrangements. Matt has been seen onstage as Glad Hand in the Broadway Tour of West Side Story and won Best Actor for his portrayal of Johnny Pope in A Hatful of Rain (BroadwayWorld.com). In 2019, Matt portrayed the role of Derek in the award-winning, world premiere of his new play BACK at the Teatro SEA in NYC. Matt has performed with many companies throughout NYC, including: LaMaMa Theatre, LABA Theatre, Vital Theatre, Connecticut Children’s Theatre, and Rescue Agreement. In addition to BACK, Matt’s plays and musicals include: Kingdom Come (winner Best Musical at the NYC Downtown Urban Theatre Festival) and Jay and the Contest. With his frequent collaborator Taylor Ferrera, Matt has co-written: Cinderella; Democracy, Day 1; County Fair – A Country Hits Musical; Propaganda! The Musical (winner Best Featured Actress and Best Choreography at NYMF). Propaganda! The Musical made its international debut at the Gaetnerplatz Theatre in Munich, Germany in July of 2018. This past fall, it was released as a one of a kind, fully produced, podcast musical, featuring a full sound design, complete orchestra, and a cast filled with Broadway stars. Matt co-owns the production company Propaganda Theatricals, is a founding member of the Magic Forest Theatre Company, and teaches acting and text analysis at The New York Film Academy, where he also works as a playwright in the Acting for Film department. He received his BFA in Acting from West Virginia University where he was named the outstanding graduate from the College of Creative Arts. Matt now serves as a Creative Consultant Mentor for the college. Matt won the Johnny Mercer Award for Songwriting and currently works as assistant to Broadway’s Andrew Lippa. www.TheOtherMattWebster.com