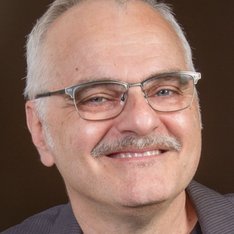 James A. Rocco is an award-winning director, writer, and theatrical consultant whose work has been seen on Broadway, Off-Broadway, and throughout the United States, London, Paris, and Tokyo. In 2013, he was recognized by The Broadway League and The Coalition of Broadway Unions and Guilds for 25 years of dedication, craft, and contribution to theater.  From 2005-2017, he was the VP of Programming and Producing Artistic Director at Ordway Center for the Performing Arts.  As the Ordway representative with the Independent Producer’s Network, he was a producing partner and investor in the original productions of Fun Home, The Color Purple, Monty Python’s Spamalot, and others. James is a member of the National Alliance for Musical Theatre and co-founder of Thirty Saints Productions, which creates the award-winning cabaret series Broadway Songbook®. Thirty Saints is an investor in the current Broadway hit Come From Away and Magic Mike in London.