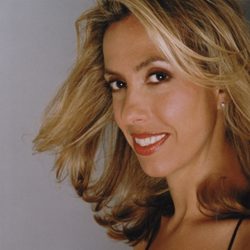 Amanda Green is an award-winning songwriter and performer. She was nominated for her music and lyrics for the musical Hands on a Hardbody (based on the documentary film by S.R. Bindler) collaborating with Tony and Pulitzer Prize-winning playwright Doug Wright (I Am My Own Wife, Grey Gardens).

She was also Tony-nominated for lyrics for the musical Bring It On, collaborating with a Tony-Award winning team: composer Tom Kitt (Next to Normal), composer/lyricist Lin Manuel Miranda (In The Heights), bookwriter Jeff Whitty (Avenue Q) and director/choreographer Andy Blankenbuehler (In the Heights).

She wrote the lyrics for the Broadway musical High Fidelity (2006; composer Tom Kitt, book by David Lindsay-Abaire). Also with Mr. Kitt, Debbie Does Dallas (additional lyrics) and special material for Kristin Chenoweth and Christine Ebersole. Hand-picked by the legendary Arthur Laurents (Gypsy, West Side Story), she wrote additional lyrics for the revival of Hallelujah Baby (Arena Stage, directed by Mr. Laurents). She costarred in and wrote the lyrics for the NY Fringe Festival hit For The Love of Tiffany: A Wifetime Original Musical (music Curtis Moore).

Winner of The Jonathan Larson Award, and Abe Ohlman Award from The Songwriter’s Hall of Fame for Excellence in Songwriting; L.A. Drama Critics Circle Award Nomination (Best Score), Backstage’s Garland Award (Best Score) for Up the Week Without a Paddle (music Mr. Moore). Winner of two MAC Awards and a Bistro Award for Best Comedy Song.

She’s written episodes for the Emmy Award-winning kids TV show The Wonder Pets for Nick, Jr. She has also been a regular contributor of comic essays to PLAYBOY Magazine.

She and Broadway guest stars perform her songs everywhere from Carnegie Hall to Feinstein’s at the Regency, to the Bluebird Cafe in Nashville. Her revue “Put a Little Love in Your Mouth! The Songs of Amanda Green” sold-out at Off Broadway’s Second Stage Theater and Joe’s Pub. The critically acclaimed CD is available at www.greenpiecemusic.com

Ms. Green is a graduate of Brown University, Circle In The Square’s Professional Actors Training Program and an alumnus of the BMI Lehman-Engel Musical Theatre Writing Workshop. She lives in New York City with her husband Jeffrey Kaplan.