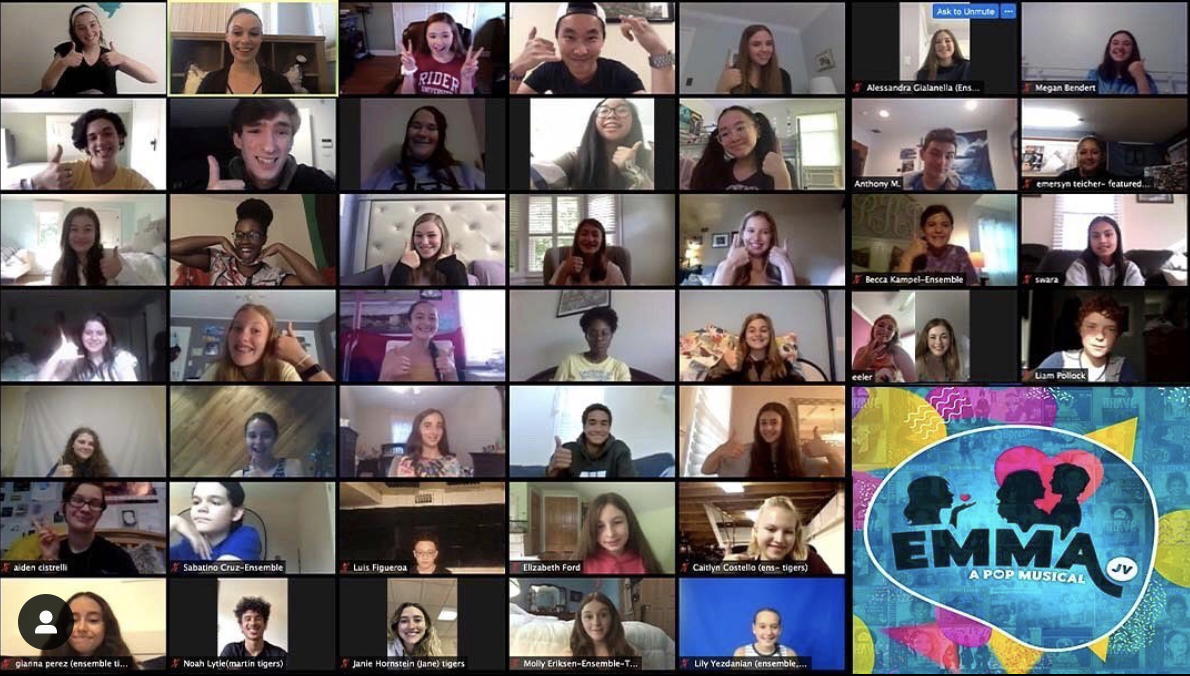 With just over a month and a half until we reach the one year anniversary of Broadway going dark, the way that both performers and audiences consume theatre has drastically changed since Covid-19 has rocked the state of America and the world.

Thankfully, Broadway Licensing has provided theaters with a variety of options for all of the performers that are itching to hop back into the spotlight! We here at Broadway Licensing have reimagined a number of our titles specifically curated to be performed on digital platforms such as Zoom, Google Meet, and our partner platform ShowShare!

These titles have a cast that ranges anywhere from 2 up to 15 performers and cover a variety of topics and plot lines. Get your audience involved by performing the classic whodunit, Clue, or perhaps your audience includes first time parents that are still fully quarantining with their newborns, Rated P for Parenthood; chronicles the story of parenthood from conception through college with heartfelt moments and humor sprinkled throughout. If you’re perhaps in a quarantine pod with kids or teenagers, Disenchanted: A New Musical Comedy, brings princesses from far away kingdoms together to perform hilarious vaudeville numbers. Thankfully, Disenchanted, has both a school edition and a more PG-13 edition to appeal to whomever might be missing theater in your circle.

Take a look at our Stay-At-Home section for all Zoom-approved editions of our offerings, and look out for more titles being offered in the near future.

If you’re in a part of the country where socially distanced theater is accessible to you, Broadway Licensing also has you covered. We’ve reworked some of our titles to allow performers to perform safely all while maintaining a six feet distance from their fellow actors at all times. Emma: A Pop Musical, tells the story of a high school senior ecstatic to put her matchmaking skills to the test but will she go too far? Based on the classic Jane Austin novel, this new musical features iconic music from girl bands including The Supremes and Katy Perry. Cyrano de Burger Shack utilizes contemporary pop songs to tell the story of Cyrano and he tries to win the heart of his best friend Roxanne. If you’re perhaps searching for something a bit more traditional, then Little House of the Prairie: The Musical, might just hit the spot. The story follows the well-known Ingalls family and their daughter, Laura, as she grows from a wild child into a mature woman with household responsibilities all while trying to stay true to herself.

Check out our Safe-On-Stage selections for even more opportunities to be center stage again.

Whether you’d like your performance to reach an even wider audience across the country or because you don’t have the ability to properly socially distance your audience, ShowShare offers you the opportunity to have high-quality streaming of your amateur or professional performance.

While we all anticipate the giddiness and excitement of being in a packed theatre on opening night of a new show, we will have to wait just a little bit longer. We hope that these varieties of offerings allow you to still create a bit of Broadway magic from the comfort of your own home.

: The cast of Pixie Dust Players’ Emma: A Pop Musical