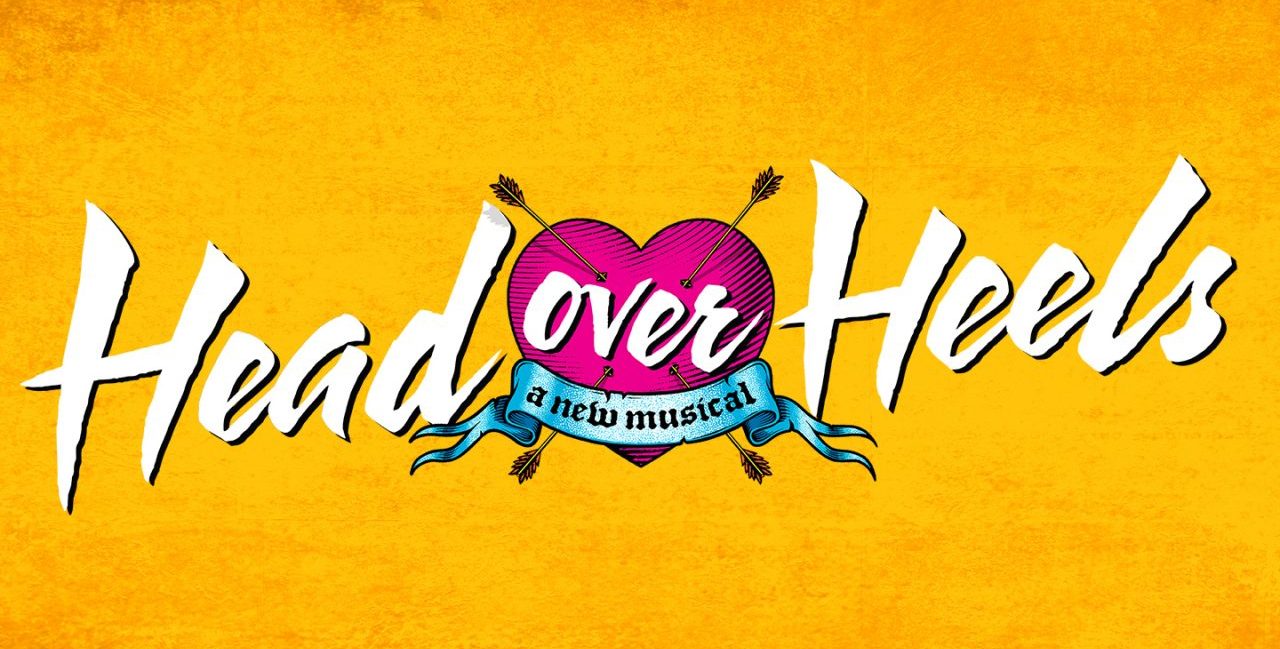 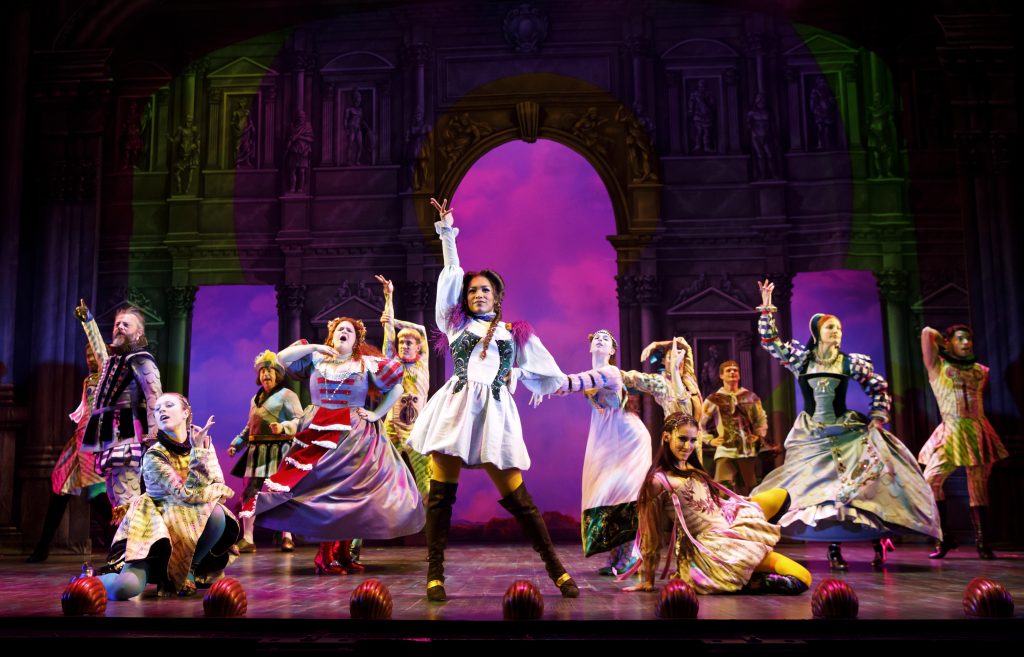 Taylor Iman Jones as Mopsa (center) and the company

Head Over Heels, the new musical comedy featuring the iconic songs of The Go-Go’s – the most successful female rock band of all time – will play its final Broadway performance at Hudson Theatre (141 West 44th Street) on Sunday, January 6, 2019. Head Over Heels, which began preview performances on Saturday, June 23 and officially opened on Thursday, July 26, 2018, will have played 188 regular performances and 37 previews.

“Along with my partners, creative team and cast, it was our desire to create a piece of live theatre that celebrates love of all kinds and portrays a world of beauty in which joy and acceptance reign above all else,” said lead producer Christine Russell. “We are incredibly proud of what Head Over Heels has come to represent, not only on Broadway, but for future generations of theatergoers.” In 2019, Russell will look toward a US tour and explore regional productions and professional licensing of the show.

The stock and amateur performance rights to Head Over Heels have been acquired by Broadway Licensing and will be available for production in the coming year.

A hilarious, dazzling celebration of love, Head Over Heels follows the escapades of a royal family on an outrageous journey to save their beloved kingdom from extinction. You’ll meet a king about to lose his throne, a queen about to lose her inhibitions, and two princesses about to find love. It’s a modern musical fairy tale where once upon a time is right now.

Head Over Heels features 18 of The Go-Go’s iconic hit songs including “We Got the Beat,” “Get Up and Go,” “Cool Jerk,” “Vacation,” “Our Lips Are Sealed,” “Lust to Love,” “Head Over Heels” and Belinda Carlisle’s solo hits “Mad About You” and “Heaven is a Place on Earth.”

Original Broadway Cast Recording
The Head Over Heels cast album is now available digitally and in physical formats via Sony Masterworks Broadway. Included in the 20-track cast album is a true bonus from The Go-Go’s themselves: an exclusive new recording of one of the band’s most popular songs, “This Town,” which marks their first studio recording in more than 17 years since their album God Bless The Go-Go’s (2000).

Ticket Information
Tickets are available via HudsonBroadway.com, by calling (855) 801-5876, or in-person at Broadway’s Hudson Theatre (141 West 44th Street). Visit www.hudsonbroadway.com for full performance schedule. Ticket prices range from $69 to $169. Group discounts are available for groups of 10 or more through Broadway Inbound by calling 866-302-0995, or online at www.broadwayinbound.com.

Learn more about the show on our website: https://broadwaylicensing.com/shows/broadway/head-over-heels/